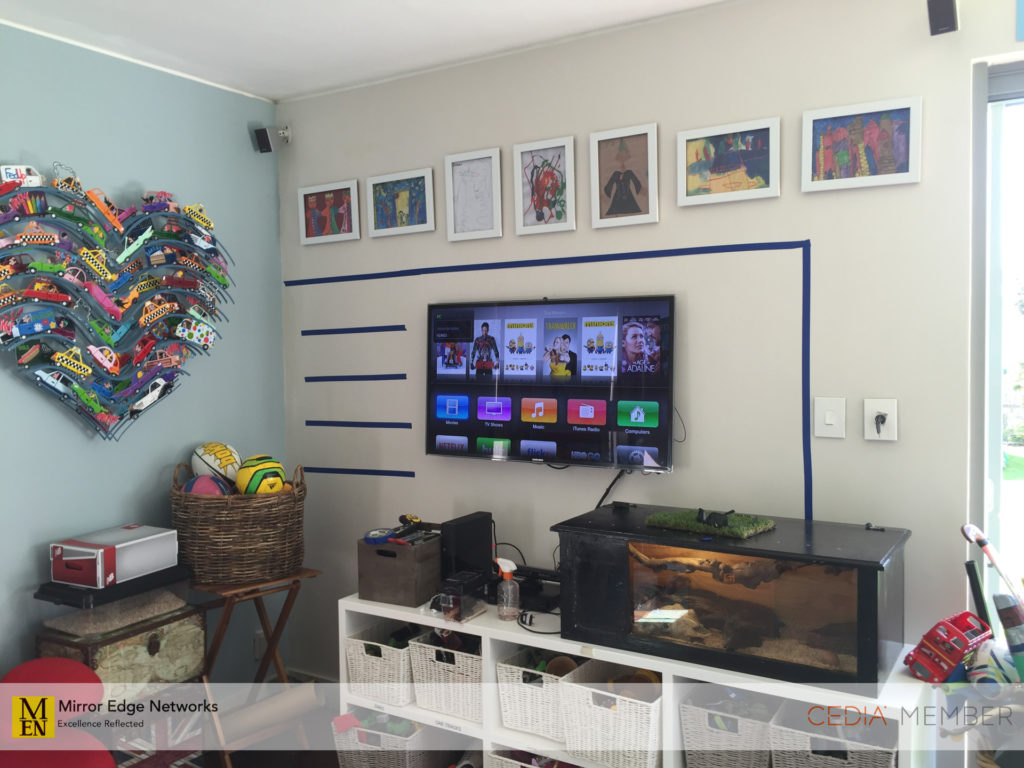 Our approach to dealing with the television installation in this room is to have floating shelves mounted onto a television panel. This will give us enough space to located the kids computer games in this room. They include:

As well as additional electronics like: The amplifier that powers the speakers in this room and switches the video between all the games consoles.
The Apple TV that is installed into this room, and lastly the DSTV feed that is sent down to the kids playroom from a Video Matrix and Crestron system installed into the house. 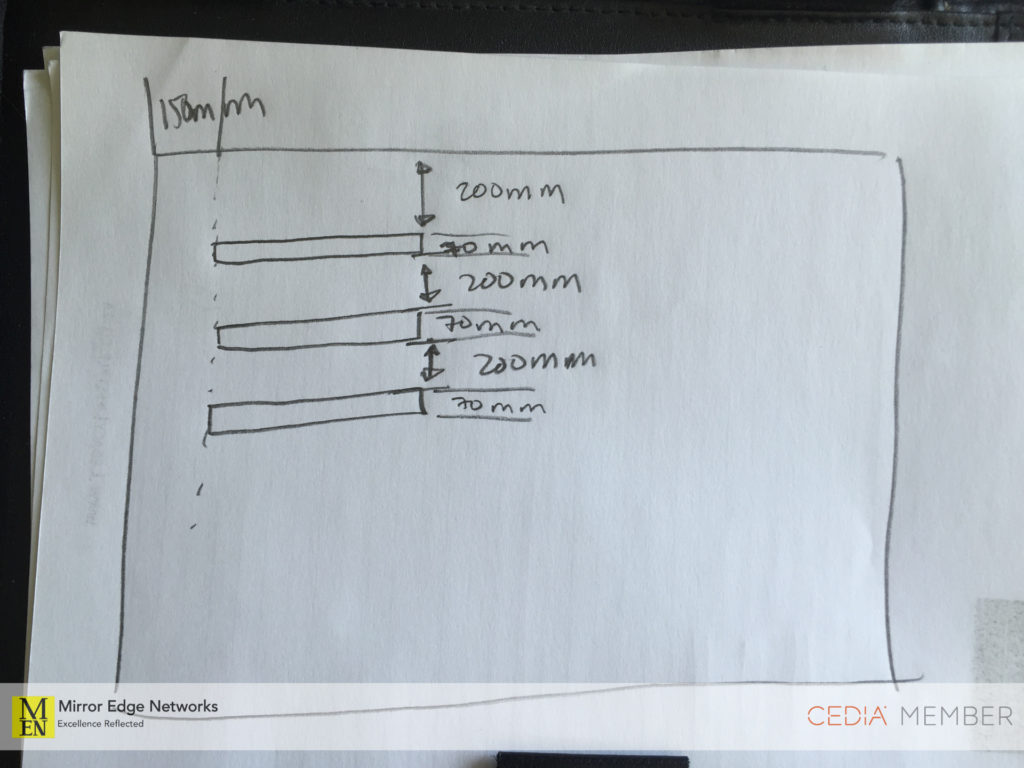 For the shelves on this floating television unit, we have tried to keep them as small as possible with as little gap between them as possible too. The total width of each of the shelves will be 60cm, with a depth of just 30cm. We have calculated that this size of the shelves is large enough for all the games consoles and amplifiers to be installed onto the shelves.