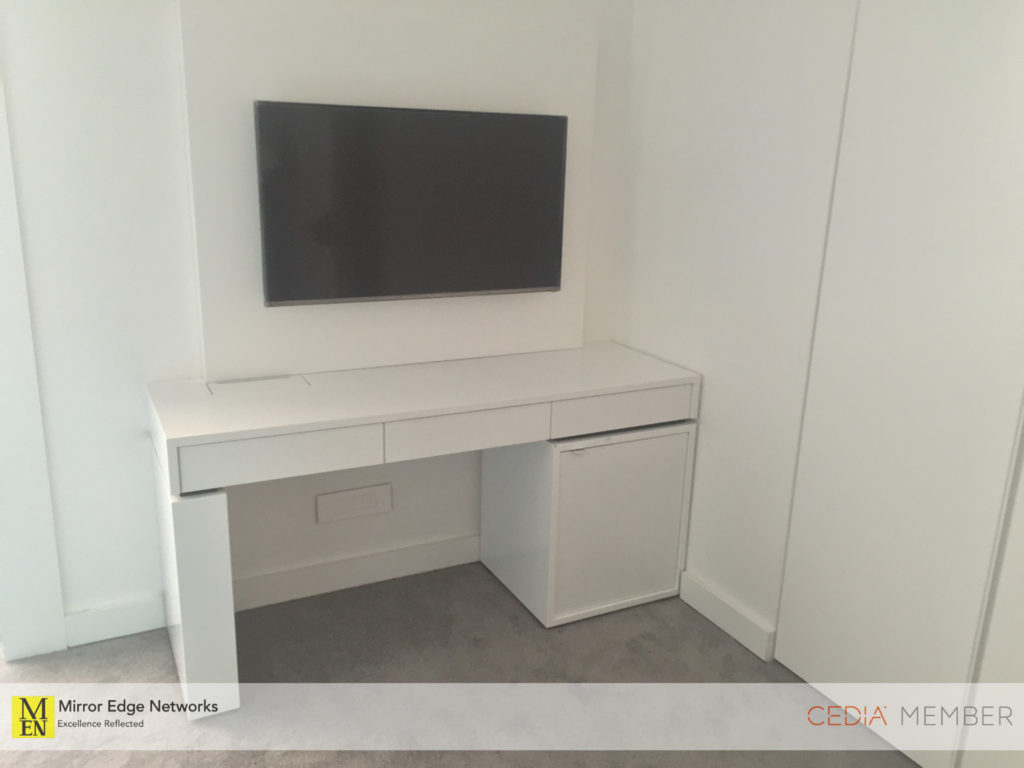 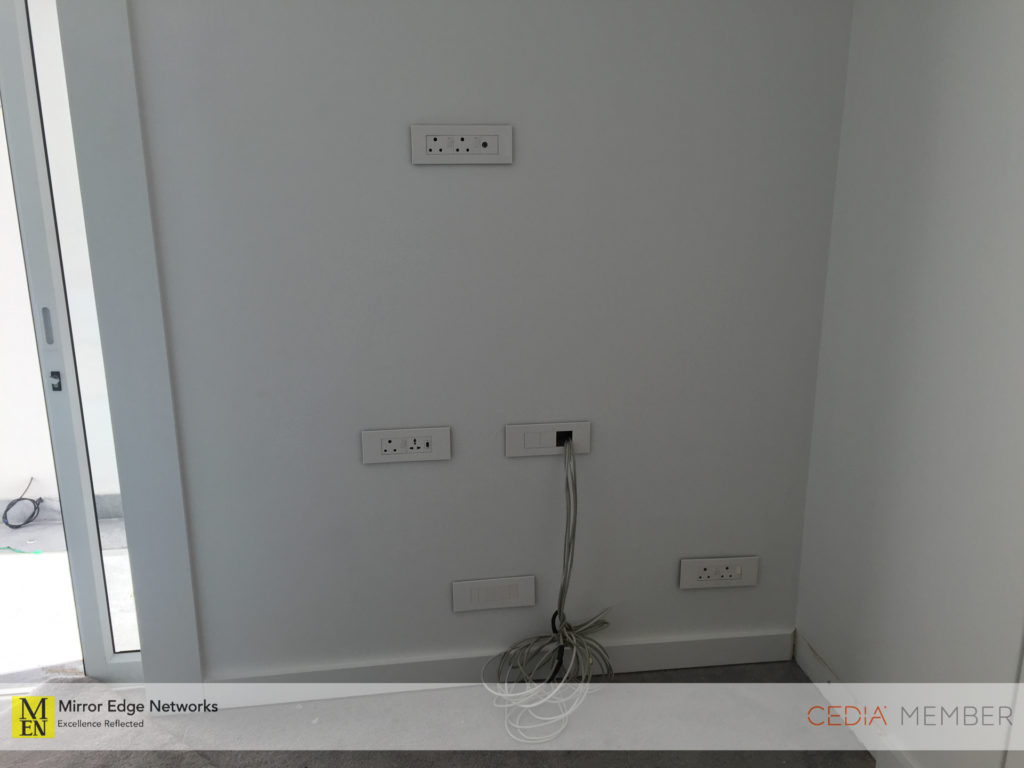 This is the installation location for the floating television unit. In one of the kids bedrooms downstairs in this Clifton Bungalow. The CAT6 cable that has been installed will provide High Definition video signal over HDMI to the television from a centrally located video matrix with DSTV decoders. 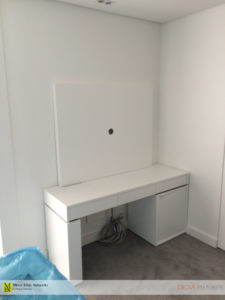 The assembly and setup of the ODE floating television unit is fairly quick and doesn’t require much in the way of tools, just an impact drill for mounting the television backing panel to the wall, as well as a cordless drill to screw all the furniture elements together. 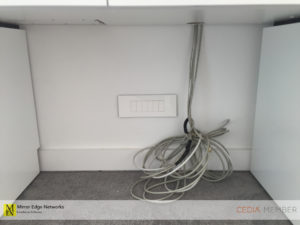 It was a pleasure to carry out this installation, for similar designs feel free to get in contact so that we can best understand your television unit installation requirements.