With our collection of devices that we use daily, the need to charge them has become ever more important.

Enter the Winkbox from ODE. 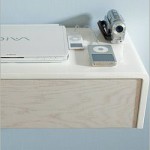 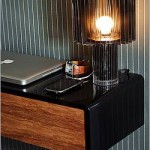 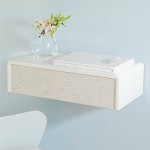 These simple floating shelves have a built in power plug for connecting all your electronic devices chargers. Tidying up the clutter of cables ordinarily associated with that area of your room where you leave everything to charge.

Below is a news article from March 2010 about the launch of the ODE Winkbox.

The installation and connection of the Winkbox is quick and easy.

Head over to our: Contact us page if you would like to know more information about the Winkbox or a demonstration in your own home.

Many years ago, while delivering a Bang & Olufsen television to a client. The interior designer on the project exclaimed. Imagine if we could integrate the floor standing mirror and the television? Suddenly this was an idea that I was genuinely interested in.

Imagine a television hidden in a mirror. Research began but soon feedback from colleagues was that ad notam was the company to speak to.
After discussions, we have been appointed as the official representative for South Africa, we are pleased that ad notam is here to stay. There are many exciting developments lined up in the forthcoming months.

While we love Mirror Televisions. That is not the only line of our business. We also focus on Audio and Video distribution. With our backgrounds of dealing with other high end Audio and Video companies, as well as the close working relationships that we have with leading companies in the field. You can rest assured that dealing with us will result in high quality service delivery.