With more than 11 years’ experience in the Audio Video industry, including 3 and a half years at Bang & Olufsen. Morgan is passionate about top quality service delivery and customer satisfaction.
Facebook1
Twitter0
Google+2
LinkedIn0
Pinterest0

We received an email from a client of ours in Camps Bay who was complaining that whenever the wind was blowing she could not watch DSTV on her television. We headed out expecting a satellite dish service call and this is what we found: 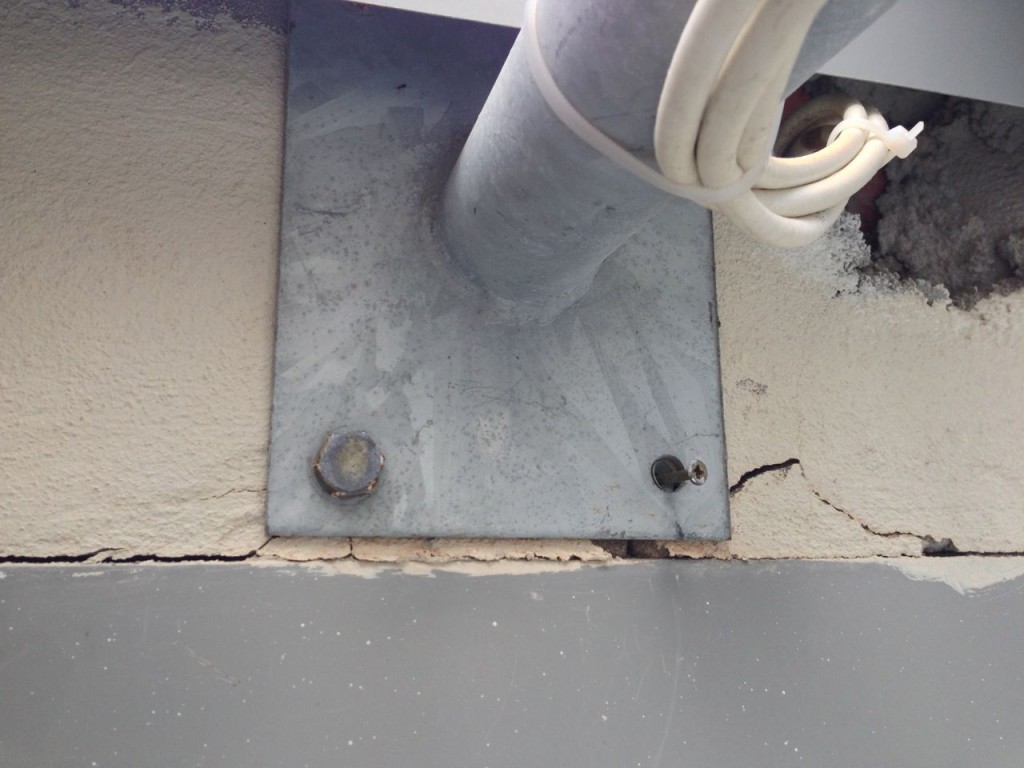 Our client has a fairly straight forward installation at her home. Her dish is mounted above the garage, the cables from the dish are then routed down into the house where they are connected to a 2 in 6 out multi-switch. The outputs from the multi-switch are connected to one Explora Decoder and two HD2P decoders. This installation is fairly common, with two of the decoders connected together to create a “heartbeat” our client pays for one Extra-View subscription and one standard subscription.

When our client contacted us she suggested that we need to replace the dish and LNB as the installation was completed a few years prior and they had fitted a ‘small dish’. Upon inspecting the installation we found that the dish was a suitable size, a good quality 85cm Space Television dish. However the mounting had not been carried out correctly.

Considering that we were already on the roof, we decided that it would be worth while to replace the Twin-LNB.
But before we did anything we checked the signal strength and quality with our Satellite Meter.

The satellite meter gave us the following readings:

We then installed a new LNB, mounted the Dish Bracket to the wall correctly (using a coach screw instead of a ‘nail-in’ anchor) and correctly tightened the bracket.
Lastly we ensured that the LNB Skew was set correctly as it appeared to be incorrect before our arrival.

The noticeable difference after was:

The feedback that we received after completing the service call was that all the HD Channels were now working, she mentioned that sometimes some of them would break up. As well as when the wind blows she doesn’t have to worry about the signal breaking up anymore.