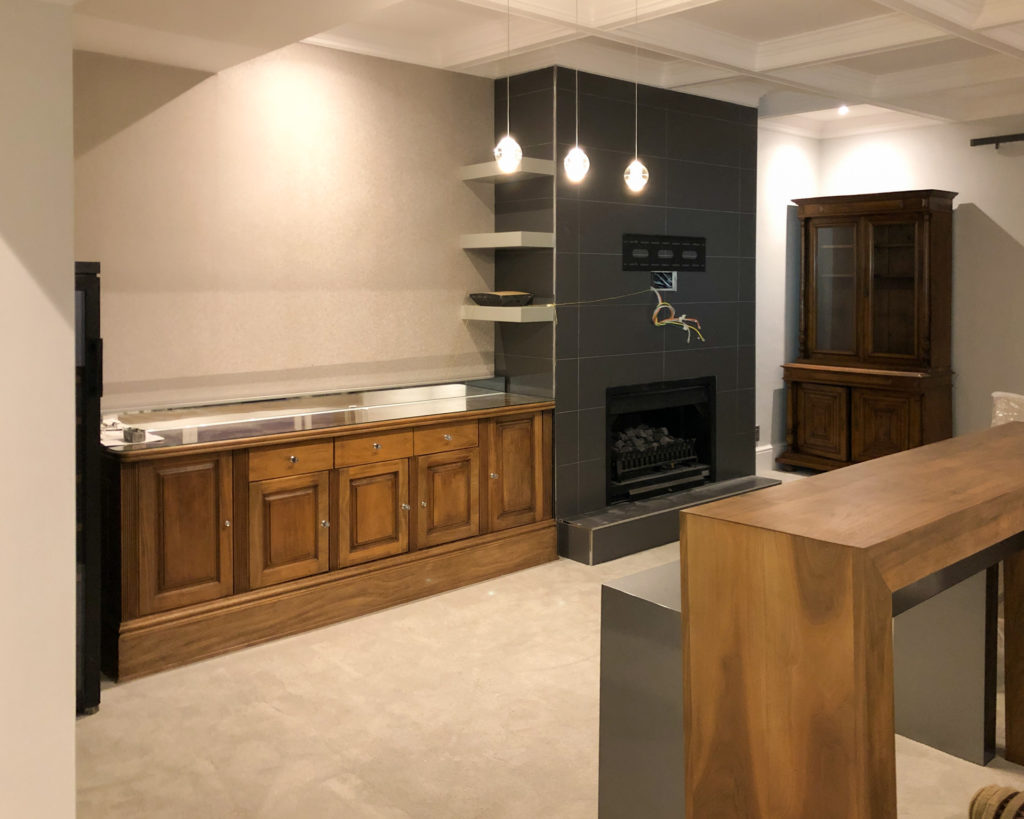 The main lounge. Cabinet on the left will accomodate all home network and WiFi equipment and the Control4 smart home controller. 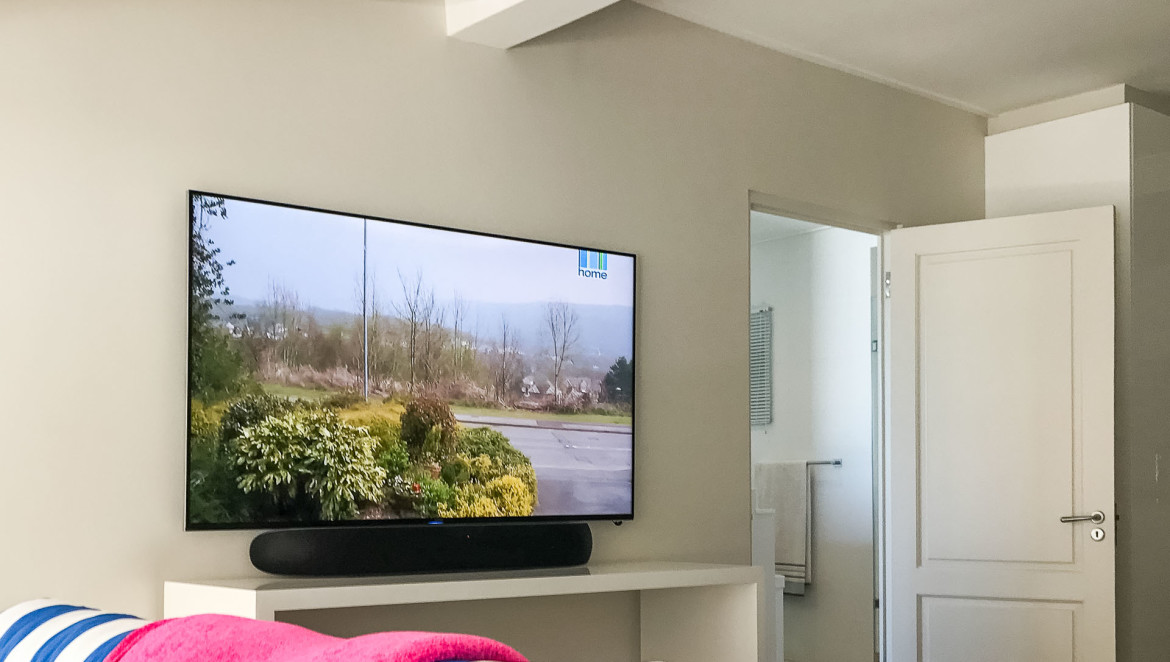 We have recently completed this Clifton Bungalow tv installation. This is more information about this stunning project and our involvement in completing this work. 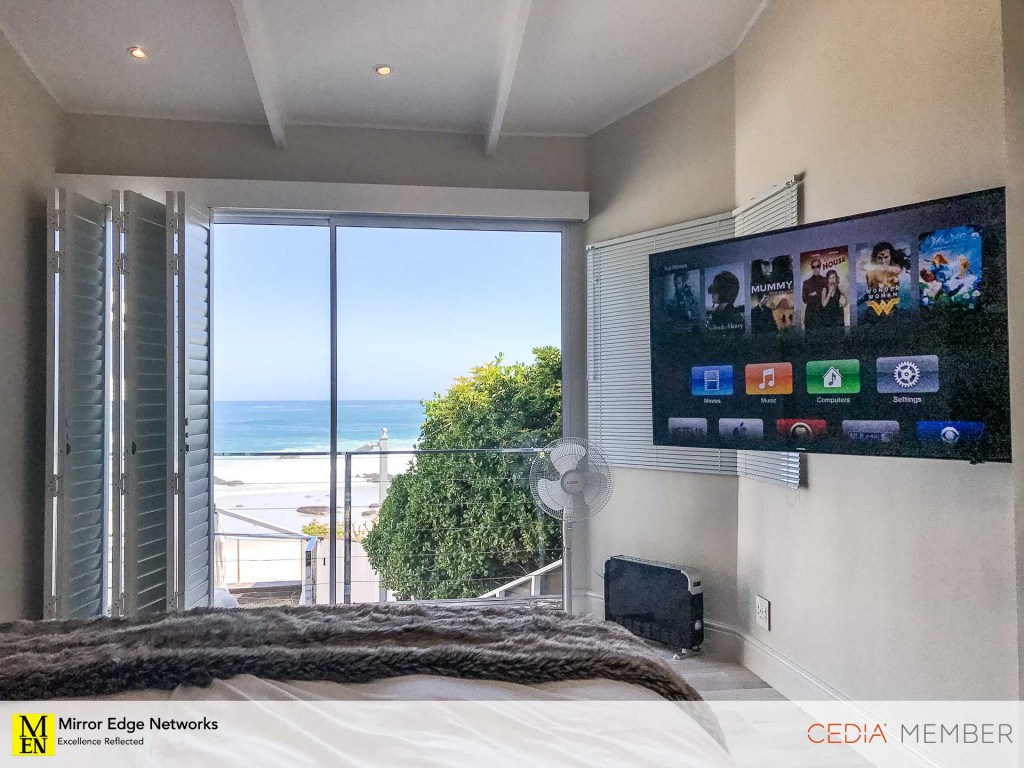 One of our clients recently renovated his Clifton bungalow. He asked if we could please ensure that all televisions were installed correctly in the newly renovated bungalow, as well as install a new network system with wifi access points.

We were asked to carry out a Marantz installation of a new surround sounds system for a client in Bantry Bay. He has a small holiday apartment, but had recently been struggling with controlling the equipment which is installed in the adjacent room. Besides the surround sound installation, we had the perfect solution for his control issues. 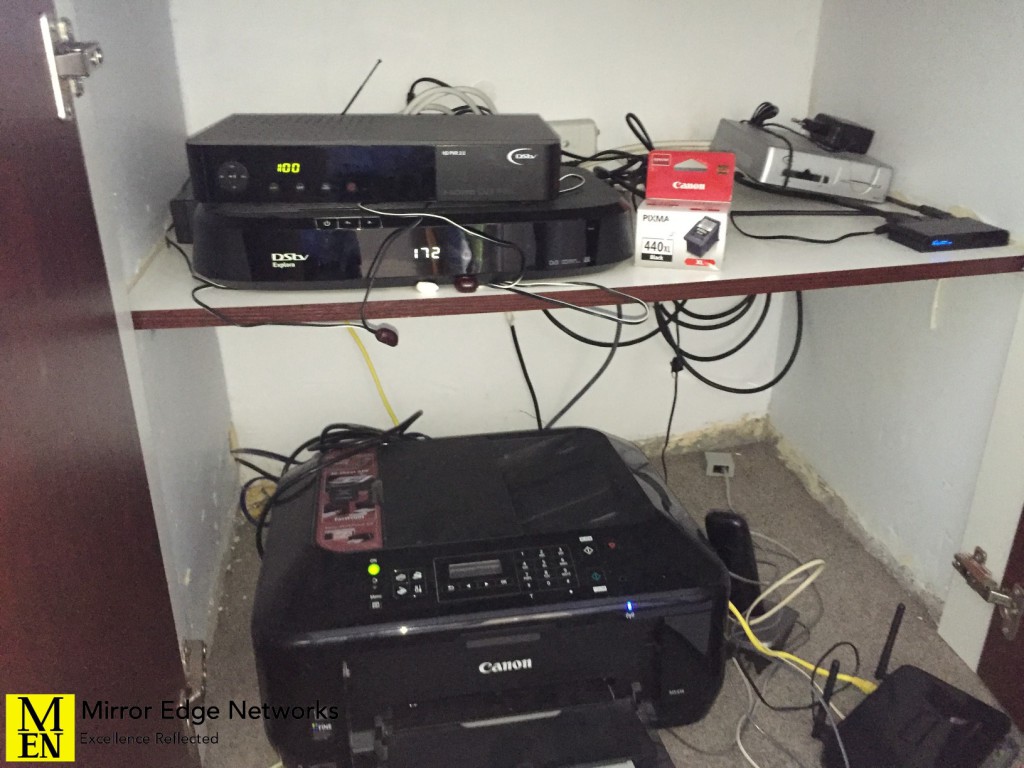 As we were taking this installation over from another company, this is what we were greeted with to start with. Not too bad, but there were redundant cables that we could remove and replace with new better performing cabling.

by Morgan Irwin / No Comments / Posted in Site Visits

The electricians have started to make progress on the Waterfront Conduit Installation for project we are working on. 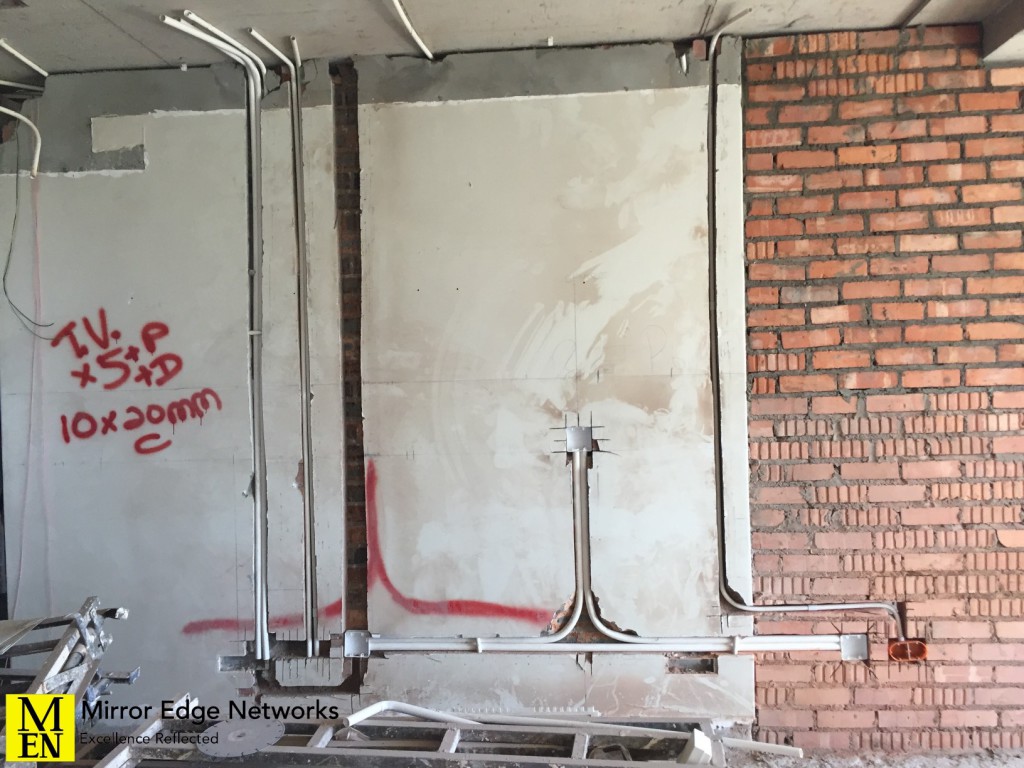 We recently carried out a television installation for iMod Digital in their boardroom. The request from companies director, Christopher Mills, was simple and straight-forward;

The board room installation was to be as neat as possible, hiding any cabling required for the television installation in the best possible way.
The ability to screen share from the office Apple computers was a high priority.

To ensure that we met the television installation requirements, we installed a Samsung 40″ high definition television on a flush mount wall bracket, with neat cable trunking providing power to the television.

Our approach to screen share from the office Apple computers to the television installation was to install an Apple TV, this would be strapped to the television bracket, hiding it from site, making it completely functional as an “Airplay” display.

The added benefit of extending an Apple computers display over airplay is to present important information over slideshow, or to stream any content from the internet to the television. 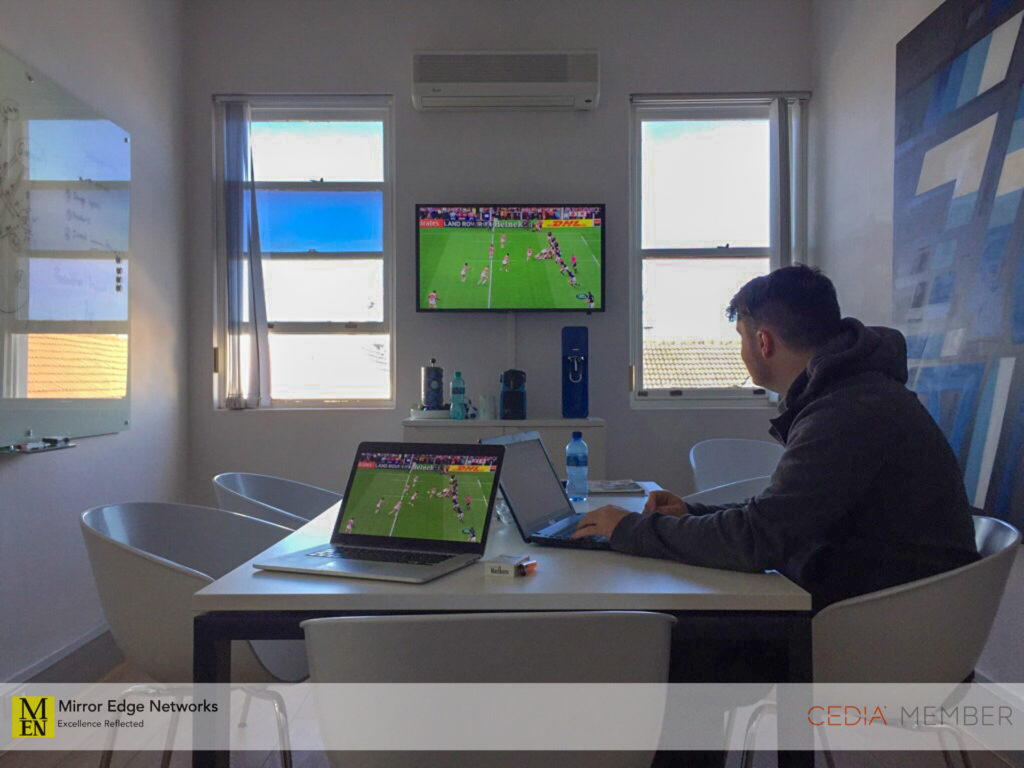 The television installation was a complete success, meeting the requirements and expectations of Christopher. He was kind enough to leave the following Google review about our installation:

“We had Mirror Edge Networks do an installation at our home for our home cinema as well as at our offices for our boardroom and both times Morgan and the team were fantastic. Highly recommended.”

We are really proud that we were able to meet Christophers expectation with this boardroom television installation.

Thank you to Christopher for sending this photograph of the board room television installation while the team at iMod Digital were taking some time off to enjoy the rugby.